I got a private message from a puppy buyer that is about my daughter’s age and she told me the pup she got from me saved her from being a victim of a home invader.

As a breeder I am always excited and happy when one of my pups does well at a show, but to have one of my pups protect and save their owner from being a victim of a home invader is about the best feeling of being proud and thankful combined. 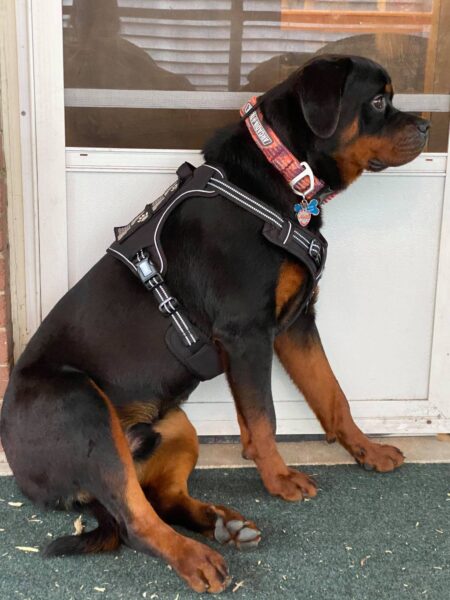 Some guy kept throwing his shoulder into the door to bust the lock but before he could fully do it Axell barked and growled at the door letting the would be home invader know he was going to be in a serious fight if he came through the door. After a few mean and tough sounding barks and growls the guy took off running. When the police got to the house Axell was all loving and kissy.

Our first Best in Show (UKC) dog. Burkhardt is owned by Quinn and Matt Amorine of Hillsboro, Oregon. 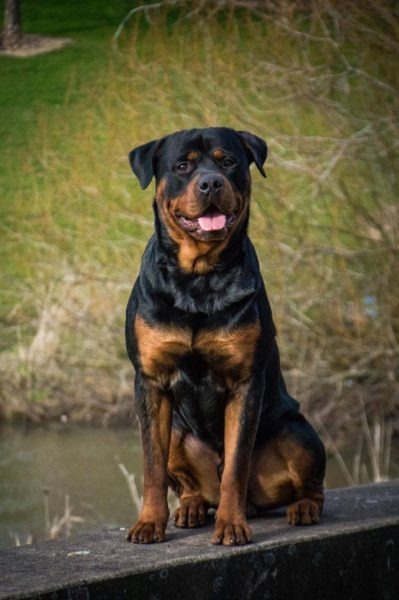 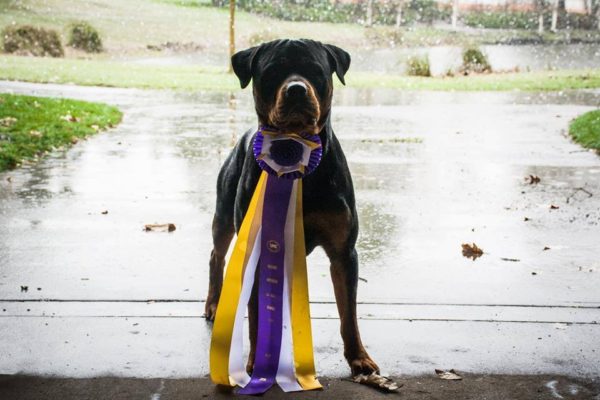 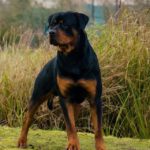 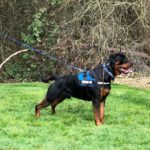 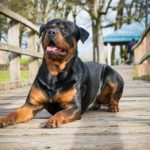 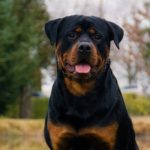 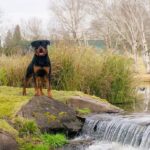 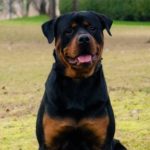 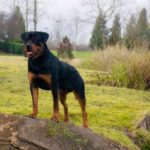 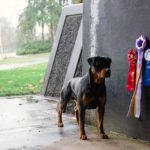 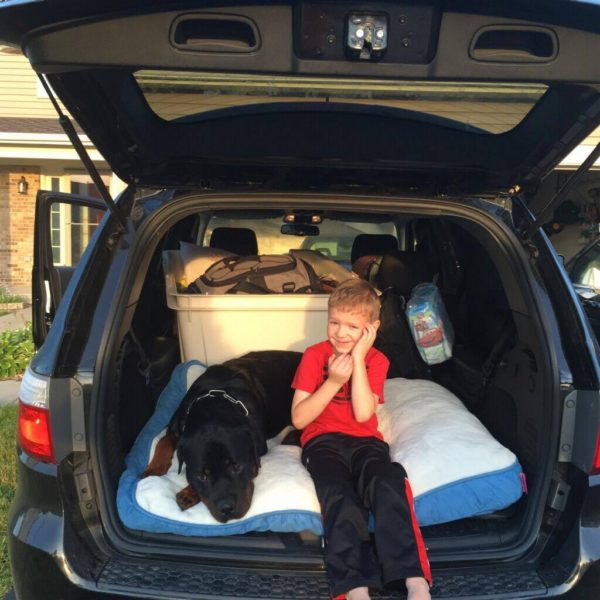 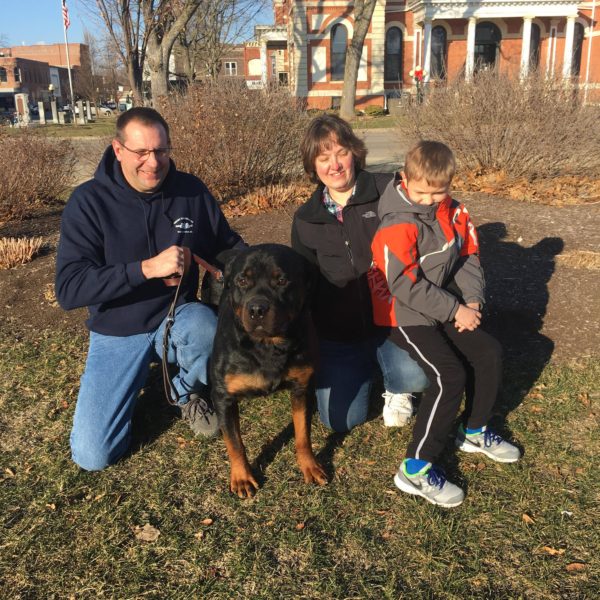 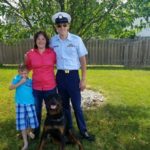 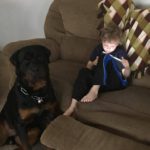 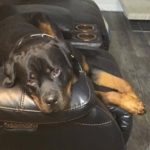 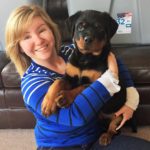 Odin is owned by John and Char Knapp of Minooka, Illinois and is a support service dog for their son Joseph.

Yet John and Char Knapp of Minooka, Illinois have a Rottweiler named Odin that is about 2½ years old now. Odin is at the pinnacle of success for both his owners and his breeders. Odin is a support service dog for his owners’ 6½-year-old autistic son, Joseph.

I first meet the Knapp family in 2013 through a mutual friend that was running for sheriff in the county next to the one I lived in. Joseph was 2 and his parents brought him to most of the functions we went to because he would get very upset if he wasn’t with either his mom or dad.

Our mutual friend lost his bid for sheriff but many of us who worked on the campaign became good friends and we stayed in touch with each other, with Facebook helping us all a lot to stay in touch.

In December of 2015 a litter of 2 pups was born out of a breeding between Molly von der Alten Festung and my male 2016 Landesgruppe Chicago Sieger & Serbian Ch. Polo von Hause Kigen, IPO I, BH, HD-A & ED-0, OFA Cardiac & JLPP Free Certified. Molly is owned by another friend of mine, Brent Julius.

I had met Brent 20 years earlier when we were both working at the maximum security prison in Pontiac, Illinois. Brent was a Correctional Officer and I was the Business Manager and Brent came into my office asking about a litter of pups I had that was advertised on the prison bulletin board. I ended up selling Brent his first Rottweiler, a pup out of Soko von der Mauth, SchH 3, Ztp and Stalter’s Isis, CD, BH.

Over the passage of time Brent transferred to a prison in southern Illinois 3½ hours south of Pontiac and my wife Mary lost her battle with breast cancer after more than 17 years. Brent and I had not talked for a few years when he saw some pictures of Polo that I put up on Facebook right after I imported him from Europe. Brent’s female Molly von der Alten Festung had produced a couple of litters out of his male Gus and Brent was looking at breeding Molly with another male to see what she would produce.

Molly and Polo had a litter of 2 male pups and they were both very beautiful and very large and well fed pups with only 2 of them splitting up Molly’s milk. Molly is a daughter of Double Wd.Ch. Burning des Princes d’Aragone, IPO I, BH, Ztp and the granddaughter of World & Int. Ch. Astor von Junipera, IPO I, BH, Ztp.

Thinking this would be a great chance for me to keep a outstanding pup of Polo’s I bought the pick pup out of this 2-pup litter; Odin would be his name. Brent told me that Odin had a heart murmur, but I had bred pups over the years that had heart murmurs and they had all grown out of them, so I wasn’t worried. However, Odin didn’t grow out of his and at 13 months of age I decided to find Odin another home since I could not use him as a stud.

When I posted on Facebook that I was looking for a great pet home for Odin, John Knapp called me up and said he was looking for a good dog to train as a support service dog for his son Joseph. I have to say that I was a little worried about Odin being around a 5-year-old autistic child when he hadn’t been raised around kids.

John, his wife Char, and Joseph came to see Odin and they loved him. Odin was very friendly to Joseph, licking him every chance he got. I have to say that I was a little nervous but John, Char and Joseph all loved Odin so he went home with the Knapps.

Over the next year I got a couple of pictures of Odin hanging out in the house with everyone and even playing with Joseph and his toys. I talked to John a few times and every time it was a glowing report about Odin and Joseph and the whole family. John and Char’s oldest son Zack is in the United States Coast Guard and was stationed out in the Boston area and John, Char, Joseph and Odin went out to Boston this last summer for a vacation.

A few weeks ago John called me up and wanted to get together and have lunch, so John, Char, Joseph and Odin met my son Tom and me for lunch.

Last year when Joseph’s parents came to my house to meet Odin, Joseph was a very scared 5-year-old who clung to his parents, would not engage in conversation, would not look people in the eye and had no confidence in himself.

When we met at my house for lunch, Joseph was a completely different boy. Joseph was talking and smiling and engaging with people, looking both me and my son Tom in the eye. Joseph was not clinging to his parents at all, and he wasn’t scared of anything. I am a State of Illinois certified Special Education teacher and I was very happy and surprised at how Odin had helped Joseph.

Seeing how a puppy out of my Polo and Brent Julius’s Molly has changed around not only the life of a 6-year-old boy, but the lives of his parents and older brother as well, is a brag better than any show win or high in trial placement.

Seeing Odin interact with Joseph and his family is nothing short of fantastic and humbling at the same time. Odin remembered Tom and me and he wanted a lot of petting from us but he never really took his eyes off of Joseph. 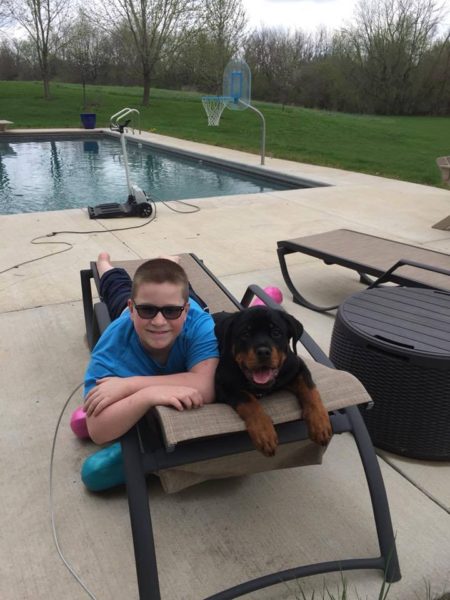 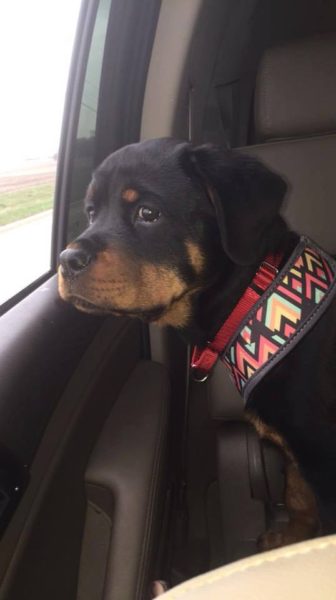 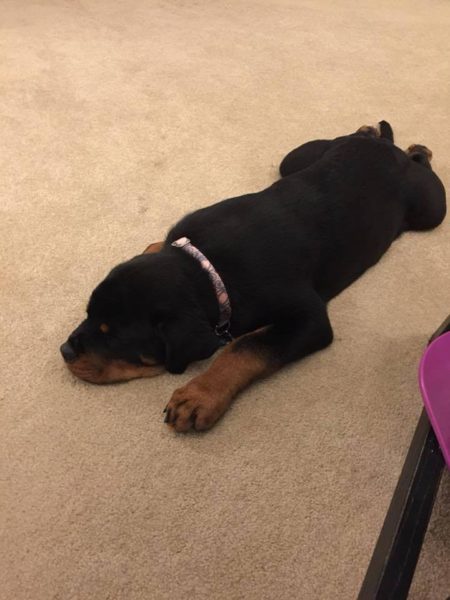